It was a nostalgic return for the baton, as the Welsh city held the inaugural Queens Baton Relay back in 1958. The anticipation of seeing it again caused a palpable buzz in the air as anxious fans waited to catch a glimpse of the iconic symbol of the Commonwealth.

The baton was then blessed in Abertillery, Monmouthshire at the Six Bell’s Colliery under the watchful eye of the Guardian of the Valley; a statue made of thousands of steel ribbons which marks the terrible day in 1960 when 45 miners’ lost their lives.

A poignant moment for the community at Six Bells was when Joe Price, the last surviving official of the mining tragedy carried the baton to await the blessing.

The Baton moved on to Tredegar and was paraded through the streets, escorted by enthusiastic locals all the way to Bedwellty Park. The Baton was then transported to a boxing Gala in Myrthyr, in honour of Welsh Commonwealth Gold medal boxer, Howard Winston.

Not even the British weather could stop the celebrations as the baton ended its first day in Wales, as the local community made their way through the rain to ensure events went ahead. Their commitment to succeed personified the Commonwealth spirit. 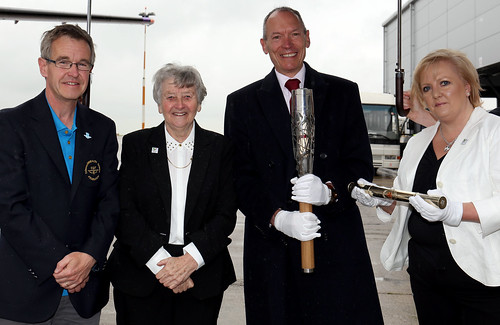 On day 229 of the Queen’s Baton Relay, the baton arrived at the Royal Mint where it helped kick off the official launch of the commemorative Commonwealth Games 50p coin. Welsh Commonwealth hurdler Rhys Williams carried the baton into the coin pressing building and started production of this limited edition souvenir of Glasgow 2014. .

Michaela Breeze, Reese Jones, Phillipa Hearnden and Norman Richards then hosted a packed Q&A session at Dare Valley Country Park. It was an especially emotional moment when Norman Richards, a batonbearer from 1958, reprised his role 56 years later by carrying the 2014 Queen’s Baton for a short period.

Expectant crowds filled the streets as the baton arrived in Aberdare; those who had waited on the streets took the opportunity to witness local heroes carry it through with pride.

Last stop for the baton that day was the Lake at Llandrindod where local multi-medallists Kirsty Wade and Rob Weale took their place on the Queen’s Baton Relay. The beautiful setting created the perfect backdrop for the party which followed, as the people of Powys celebrated their part in Commonwealth history. 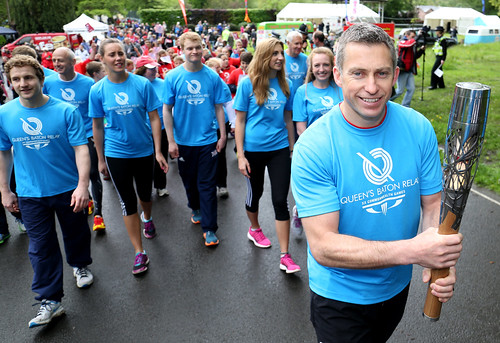 The Queen’s Baton travelled to one of the largest youth festivals in Europe on day 230, deep in the heart of Wales at Eisteddfodurdd for ‘Eisteddfosurdd yr Urdd’. It was set up in the 1930s with the aim of preserving Welsh culture and language – an integral nation which demonstrates the diversity of the Commonwealth.

Commonweath Gold medal winner Iwan Thomas and 18 other batonbearers carried the baton through the festival; watched and cheered on by the local community.

Festival mascot, Mister Urdd was joined for the day by the baton and Commonwealth Games mascot Clyde, who proved to be a firm favourite with the people of Gwynedd.

There’s no doubt that many of the youth in attendance at Eisteddfosurdd y Urdd will remember the baton’s visit for many years to come and will appreciate its role in bringing the Commonwealth family closer together. The first three days of the batons journey through Wales would be a sign of things to come so don't forget to check all the latest images in our galleries and read the latest Relay Recaps. 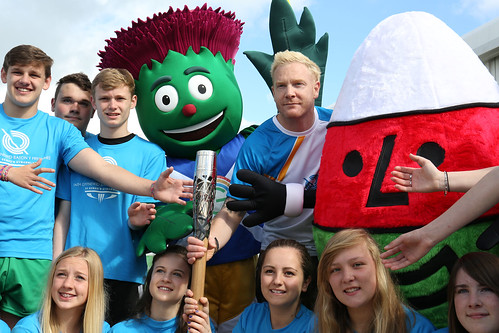 The Glasgow XX Commonwealth Games are now over. This website is closed and for reference purposes only. Some external links may no longer work. For the latest news and information, please visit the Commonwealth Games Federation website.